A word with playwright Erik Forrest Jackson about the inspiration | Stage West Theatre Ft. Worth Texas
Skip to main content

A word with playwright Erik Forrest Jackson about the inspiration 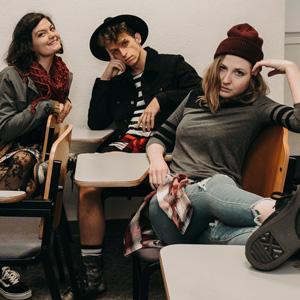 Q: Your funny, thought-provoking, and deeply human new play deals with some interesting themes from the trials of adolescence and growing up to gender identity to family dynamics to the pressures young people feel and are under in the age of social media. What was the source of inspiration for this play and what has your process bee like writing and developing the exciting piece?

A: First off, I’ve got to state that it’s been a real honor to debut this work with Stage West, which consistently executes such care and intelligence with their productions. Their embrace of challenging theater and insanely high caliber of playwrights I’m in the company of this season thrill me to no end.

So, to answer your question, I began work on Like A Billion Likes about three years ago, but before it was one play, it was two.

In the immediate wake of the Caitlin Jenner media blitz, I was struck by how several camps quickly formed and faced off. Of course, there were the expected passionate detractors and supporters. But I found another camp quite a bit more compelling: those people who were at sea, struggling to comprehend just what was happening, both in Jenner’s life and in the cultural at large.

I was writing two different plays at the time. One was about a Texas teen who was desperate to get noticed. Another was about a gender nonconforming teen who was determined not to. When I developed the character of a floundering high school principal - the type of guy who would be flummoxed by Jenner and also quietly furious at the erosion of his cis male dominance - I had a lightbulb moment and realized he was a bridge that linked the two in-progress plays. I married the plots and started bumping these struggling, deeply flawed characters up agains one another, and things aligned in surprising new ways.

The piece became an exploration of assumptions and appropriation, of relationships forged out of opportunism and out of a genuine yearning to connect in a rapidly fragmented world - all amplified by the clumsy, inescapable bullhorn of social media.

I hope the play will shake up perceptions, pop some preconceptions, and maybe even make audiences laugh as they hopefully recognize in these characters aspects of their neighbors and maybe even themselves.