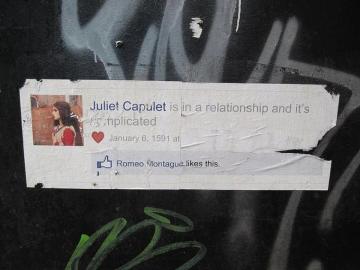 This season Stage West continues its long relationship with Bass Performance Hall’s prestigious Children’s Education Program. Since 2007, Stage West has annually taken an abridged classic to the Bass Hall stage where thousands of middle and high school students, free of charge, are bused in to engage in the theatrical experience. This season's performance will be Feb 19 and 20. Teachers can request seats for their students on the Bass Performance Hall website.

Our program is an abridged, 7 actor version of Romeo & Juliet by William Shakespeare. Every year, each student receives a synopsis of the play to guide them through the scenes and aid them as their ears adjust to the Shakespearean language. Students from the lowest income districts alongside students from the area’s most exclusive private schools fill the beautiful Bass Performance Hall. No distinction can be made between them as the lights dim and a collective hush consumes the house. They are, to put it simply, completely engaged from start to finish.

All of us at Stage West are proud to be a part of this program and the connection it forms between the students and classic theatrical tales that pass the test of time due to their timeless exploration of our collective human condition. We thank the Children’s Education Program for its dedication to the arts experiences of youth across North Central Texas.

*All plays were shortened and adapted for this program by Jerry Russell, the founder of Stage West.

This program is made possible by funding from the Children’s Education Program of Bass Hall and is produced by Stage West Theatre.

Read more about the impact of live theater in the lives of children: http://educationnext.org/learning-live-theater