Read this article at Fort Worth Magazine and support local media!

For more than a decade, Stage West Theatre has partnered with Bass Hall’s Children’s Education Program to offer 7,000 – 8,000 local high school students annually the opportunity to watch live performances of classic works, including adaptations of "Macbeth," "The Crucible," and "Romeo and Juliet."

Then, COVID-19 came and put performing arts companies and programs on an indefinite pause.

Instead of a live performance this year, students will be able to experience a virtual production of "Thurgood Marshall: Civil Rights Champion." 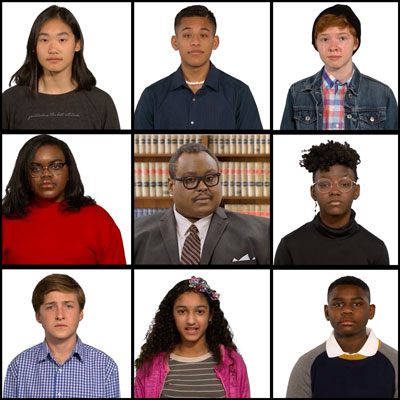 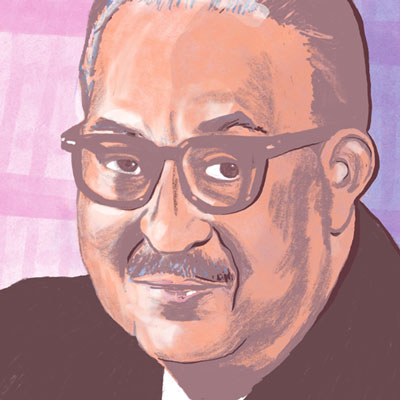 Buratto and Schultes’s motivation for a filmed production illuminating the life and legacy of the first African American to be appointed to the Supreme Court, Thurgood Marshall, was multifold. Their decision was inspired by the political prominence of social justice across the nation and fortified through the students’ familiarity with the Supreme Court justice from their academic curriculum.

“There is something so powerful in learning about how Thurgood Marshall saw that the law was the law, even though it wasn’t created entirely in his benefit,” actor Major Attaway, who stars as the title character, said in an interview. “It just gives me chills just thinking about how he decided to use the weapon that was created and learn it so well that he could use it against the people who created it — to fix it. He says, ‘I’m not going to waste time by asking them if they understand. I’m going to show them it’s ridiculous by fixing it and by being at the top of it.”

Attaway — who grew up in Fort Worth and has gone on to perform on Broadway (perhaps most notably, as Genie in Disney's "Aladdin") — stars alongside eight area students, Preston Brown, Johanna Ivy, Novyn Sek, Niya Talati, Mallory Turner, Zacharias Wormley, MJ Worsely, and Jessica Wu.

When casting, Schultes looked to the Fort Worth Independent School District (ISD). “It was important to the whole team to make sure that the casting represented the Fort Worth ISD and the demographics that make up our city,” she said.The cast was able to come together twice to rehearse in person before Attaway returned to New York. The project was then filmed remotely and edited to emulate a Zoom call taking place around 1967. The conversation dives into some of Marshall’s most notable achievements, including the landmark Brown v. Board of Education case as well as his contributions to the Civil Rights movement.

When asked if he believed virtual performances would continue even after live shows have returned to the stage, Attaway said, “I think we will, and I think we should. I think it’s going to force us to adapt when it comes to entertainment and create some new experiences. It will change how entertainment is created in itself.”

"Thurgood Marshall: Civil Rights Champion" will be shared in classrooms across North Texas, and schools interested in accessing should reach out to Bass Hall’s Children’s Education director Sue Buratto (sburatto [at] basshall.com).