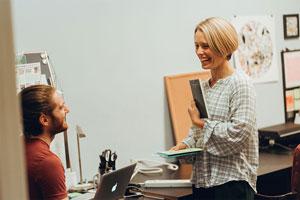 For the past 40 years, Fort Worth’s Stage West has been producing works that challenge, inspire, and entertain. Under the leadership of founder Jerry Russell — for whom the main performance space is currently being renamed—and now artistic director and executive producer Dana Schultes, the S.P.T. theater has sought out regional and world premieres, focusing on diverse, award-winning, and thought-provoking plays and musicals. In advance of its 41st season, Schultes shared with Dallas theater writer Lindsey Wilson what goes into selecting a lineup, from programming thoughtful and diverse stories to planning with local talent in mind.

What’s the first step when you start thinking about the next year?
Each new season at Stage West takes many months of planning. The first step is always reading plays and researching them while keeping a finger on the general feel of the market. There are several takeaways I look for when reading a play: One, is it relevant to today’s audiences? Two, does it meet our mission to entertain, inspire, and challenge? Three, does it have production needs outside of our technical and financial resources? And four, does it linger in my mind?

Who else is involved in choosing the works?
Any play that meets this short list of criteria is a candidate for me to pass around the office. It is important to me that the rest of the team buys into the selection with me, as we will each be dedicating a roughly three to four months of our lives to each project. That shared passion is essential for every play we seek to produce.

Where do you find the candidates?
Many people ask how we find the plays we produce. The answer is, “anywhere we can find them!” We have our usual go-to licensing houses in Dramatists Play Service and Samuel French. Beyond that, we have favorite playwrights and their agents. Patrons and board members bring us plays they’ve seen abroad or in another region. Many, many other plays are submitted directly by playwrights. And, of course, anyone on our staff is welcome and encouraged to read plays they’ve found on their own and pass it to the rest of the group. When it’s all said and done, at least a hundred plays pass by my eyes each year, whether as the full script or a sample and synopsis.

Do you select plays with the local talent pool in mind? Or do you go with the story first, and hope the right people will show up at auditions?
Of special consideration is finding plays that also reflect the diversity in our area. This is challenging at times for several reasons. We strive to get a wide range of representation onto our stages whether through race, gender, or ethnicity of players, whether they are playing onstage or behind the scenes. This region has room to grow, though. There are many theaters and we are all competing to use the same talent pool. Familiar faces are awesome. New ones are welcome. There are many plays each year that we do not select for production because I have not seen the appropriate talent at any other theaters or auditions. We go hunting for specific types but results are not guaranteed without booking from out of town, which requires a large additional budget line for transportation and housing. This isn’t generally possible for us at this point in our company’s history.

Let’s talk about this upcoming season, specifically. What drew you to each play?
We have a lineup of six plays, all of which are regional premieres with something to say about today. Our season opener, The Lifespan of a Fact by Jeremy Kareken, David Murrell, and Gordon Farrell, examines the fine line between the importance of facts and the urge to lean toward embellishment for the sake of a more compelling story. Ada and the Engine by Lauren Gunderson is a historical tale highlighting a brilliant mathematician who was overshadowed by her male counterpart. For the third play, The Children by Lucy Kirkwood, we leapt at the chance to question what the adult generations of today owe to the future generations of tomorrow. Jason Odell Williams’ Church & State follows with a bipartisan look at our nation’s right to bear arms juxtaposed with our mass-shooting crisis. Every season needs some balance and we get back to some lighter fare with Into the Breeches!. George Brant’s play is set during World War II and gives a fun, patriotic, and poignant look at civil rights during that period—all with a Shakespearian theme throughout. We end the season with the incredible Pulitzer Prize-winning play Between Riverside & Crazy by Stephen Adly-Guirgis, which introduces us to a former New York police officer fighting for justice after having been shot by another cop, both while off duty. Our hero, Pops, seeks what’s owed to him while he navigates a complex household filled with family and friends-of-family.

What happens once you’ve settled on the scripts?
Once the season is selected, the Stage West creative team sits down and talks through directors, who then give feedback on any creative team they’d like us to assemble. Then we hold auditions, cast the season, hold production meetings, and begin rehearsals. And then the whole process starts anew. 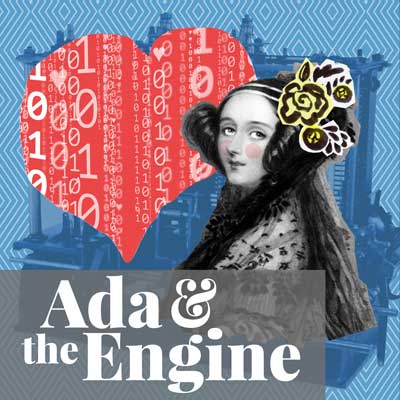