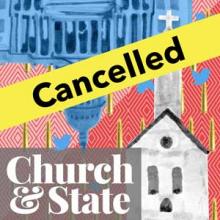 Stage West Theatre regretfully announces the cancellation of its planned production of Church & State due to various pandemic-related issues.

This decision was especially painful because it results in the loss of a gig for four actors and ten creative team members. Equally difficult is not being able to bring the production to life for the season and single ticket holders who bought into the play as much as 9 months ago. Both groups are vital to Stage West’s existence and health. Letting either down is not taken lightly by the organization.

Putting together a selection of season titles takes upwards of a year to accomplish. Completion was in sight when the pandemic reached the region. Once it was clear that producing Church & State as originally planned would be impossible due to mandated stay-at-home orders, the Stage West team earnestly examined various places to insert the play into Season 42. The discussions included the Church & State team itself/ thematic balance/ the election/ budgets/ renovations, and even the possibility that a second wave of the pandemic might strike.

Sadly, it has been concluded there is not a place for Church & State to comfortably or naturally fit into the line-up without a major change to several titles. This was not the place we hoped to land, but it does seem to be the one that makes the most sense.

Ticket holders will be offered usage of their Church & State tickets to either of the remaining 41st season plays: Into the Breeches and Between Riverside and Crazy. Other options are donating the tickets back to Stage West or requesting a direct refund.