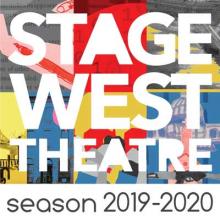 The Lifespan of a Fact

by Jeremy Kareken & David Murrell and Gordon Farrell
Regional Premiere
November 7 - December 8, 2019
Based on a True-ish Story.
At a prestigious magazine publication, a determined, young employee is about to be given an opportunity. The demanding editor-in-chief is giving him a big assignment: she wants him to fact check a groundbreaking piece by an illustrious, albeit unorthodox author. As the deadline approaches and the lines between accuracy and artistic license blur, boundaries are crossed and the high-stakes world of publishing becomes personal in this brand new comedy of conflict. 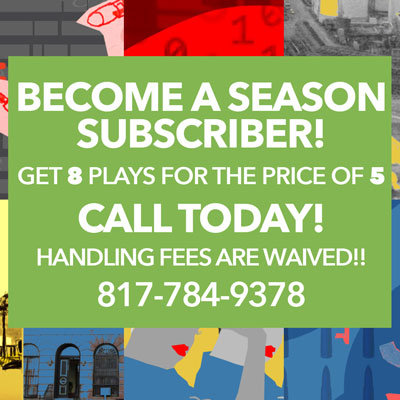 Ada and the Engine

by Lauren Gunderson
Regional Premiere
January 9 - February 9, 2020
Meet the Woman Who Changed Techn01ogy.
Young and curious mathematician Ada Byron is caught between two worlds. Her mother is pushing for a prestigious marriage to Lord Lovelace, hoping to repair the damage Ada’s father, the late Lord Byron, imposed on the family name. But Ada sees the creative potential in the analytic engines created by her elder friend and scholar Charles Babbage. As pressures mount and feelings grow, these two form a partnership that will change the course of the future.

by Lucy Kirkwood
Regional Premiere
March 12 - April 12, 2020
Tony Nominee for Best New Play
Where Do Your Loyalties Lie?⁣
In a seaside cottage on the east coast of England, a pair of retired nuclear scientists are startled by the reappearance of a former colleague. As crackers and wine are trotted out, so are remembered stories, old jealousies, and haunting secrets, all leading to the true reason for this sudden visit: a chilling and dangerous plan. The evening will be revelatory and the fallout will be cataclysmic. Brave, humane, and beautifully written, this play confronts the responsibility each generation must face for the way it leaves the world.

by Jason Odell Williams
Regional Premiere
May 7 - June 7, 2020
The Separation of What Now? ⁣
Three days before his bid for re-election, in the wake of another school shooting, a Republican U.S. Senator has a life-altering crisis of faith, and makes an off-the-cuff comment that sends the entire campaign into a tailspin. His wife and campaign manager try to contain the damage, but in a country where religion influences politics and politics have become a religion, how do you reach the people and stay true to yourself? A timely and fast-paced story that is simultaneously funny, heartbreaking, and uplifting.

“Crackling… enjoyable, thought-provoking, and humorous. I wish every member of Congress would see it!” —NPR

by George Brant
Regional Premiere
July 2 - August 2, 2020
The Show Must Go On!⁣
It’s 1942, and there’s a problem at Oberon Playhouse - with the director and leading men all off at war, it looks like the season will be cancelled. That is until a determined and passionate group of ladies rally the troops at home and set out to put on an all-female production of Shakespeare’s Henry V. An increasingly unexpected team is assembled, with a hilariously desperate array of thoughts and ideas, but united in desire. This delightful and moving backstage comedy examines the power of art to bring us together, even in the hardest of times.

by Stephen Adly Guirgis
Regional Premiere
August 27 - September 27, 2020
Pulitzer Prize Winner
House of Black and Blue.
Irrepressible ex-cop and recent widower Walter Washington is under a lot of pressure. He’s in an ongoing legal battle, clinging desperately to grievances from the past. Barely holding on to the palatial rent-controlled Manhattan apartment that he shares with his newly paroled son and a ragtag surrogate family who call him “Pops”, he is not ready to accept payout or surrender. But as tensions come to a head in a swirl of demands from family and friends, a final ultimatum from former NYPD colleagues causes “Pops” to draw the line and make some demands of his own.

“Dizzying…both utterly believable and not to be believed for a second.” - The New York Times