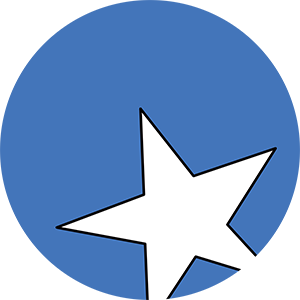 2021 Dates and Plays TBA. Please check back for updates!

Each year Stage West features the top winning play from our Southwest Playwriting Competition in its New Play Readings Festival.

From the playwright of The Royal Society of Antarctica

Sheila and her sister Abigail work for their mother’s small family business. Sheila’s job used to be a source of joy and exhilaration; now she’s questioning everything. But when you’re an assassin, being uninspired means getting sloppy, and getting sloppy means getting killed. Kill Local is a subversive comedy about blood-ties, revenge, and trying to get unstuck - especially when your life is dedicated to ending others’.

A couple moves into the same apartment. Their pet birds move into separate cages. Pecking, nesting, and mating ensue. Sweet, funny, and cozy till it’s not, Sweetpea explores the (im)possibility of intimacy and the absurdity of sharing space.

Winner of the 2017 Southwest Playwriting Competition

In the shadow of a dying farm and a miraculous apricot tree, three sisters fight to stay alive in the Texas panhandle during the dust bowl. As the dark looming cloud on the horizon draws ever closer, they choose to love dangerously and question their heritage and faith. Dust is a spiritual and deeply human meditation on motherhood, heartache, and what it means to be a young woman at a precipice.

:::  The Lobby Cafe will be open for drinks prior to the event. Performances will be in the cafe space. :::

1:00pm : Kill Local by Mat Smart
(contains 1 10-minute intermission)
There will be a Post Show Conversation immediately after the performance.

4:30pm :  Sweetpea by Janielle Kastner
(no intermission)
Playwright in Attendance
There will be a Post Show Conversation immediately after the performance.

7:00pm : Dust by Nicole Oglesby
(contains 1 10-minute intermission)
Playwright in Attendance
There will be a Post Show Conversation immediately after the performance.

$50  Festival Pass (All Readings) plus a Cafe Pass (includes an entree, 2 drinks, and a dessert  - alcohol not included; tip included)  *Entree must be ordered at time of reservation (see menu below)

* ARE YOU A SEASON TICKET HOLDER?
All festival performances are free for subscribers. Get a Cafe Pass* for the Festival for $25. *Entree must be ordered at time of reservation (see menu below)

Mat Smart
Mat Smart’s recent world premieres include Kill Local at the La Jolla Playhouse directed by Jackson Gay (nominated for Outstanding New Play by the San Diego Theatre Critics Circle) and The Agitators at Geva directed by Logan Vaughn (which became the highest attended four-week run of a play in Geva’s 40+ year history).  Other recent productions include The Royal Society of Antarctica at Stage West and Naperville at Theatre Wit.  A native of Naperville, Illinois, he currently lives in Manhattan.  MFA: UCSD.
Janielle Kastner
Janielle Kastner is a Dallas-based writer and performer. Currently, she is devising an original podcast Untitled Dad Project (Spoke Media), and working on a new play commission from the Dallas Theater Center, where she was an inaugural member of the Dallas Playwrights' Workshop with Will Power. Janielle was named Best New Playwright in “Dallas Best Of 2016” (Dallas Observer), and was awarded a 2016 Mastermind Award (Dallas Observer) for her work co-founding The Tribe, a producing and incubation collective for emerging artists. Her plays include Heaven's Gate, Hell's Flames (Reading: DETOUR Festival, WaterTower Theatre), Ophelia Underwater (WP: The Tribe, 2015; L.I.P. Service Theatre Company, 2018), Feed Me (WP: Stella Adler Theatre, A Light in Dark Places Festival, 2016) and Sweetpea.
Additionally, she co-runs Dallas cult classics Shakespeare in the Bar and Movies That Should be Musicals, and has performed with Stage West Theatre, Kitchen Dog Theater, Amphibian Stage Productions, The In-Laws, Theatre Three, Cara Mia Theatre, and Shakespeare Dallas. She holds a B.F.A. in Theatre and B.A. in English from Southern Methodist University.
Nicole Oglesby
Nicole Oglesby is an Austin-based playwright who creates poetic and political works about women. Upon graduating from UT Austin in 2016, she founded the Heartland Theatre Collective with co-collaborator, Marian Kansas, in order to produce her play, Dust. Dust received critical acclaim and was nominated for the Austin Critic’s Table’s David Mark Cohen New Play Award. In June, the Heartland Theatre Collective will premiere her newest play, Little Bird. Also a performer, Nicole has acted professionally in the Austin area and performed at four different improv theaters. Nicole was born in Ft. Worth, Texas and is a Haltom High School alumni. More info can be found at nicoleoglesby.com.

** What is a Staged Reading? It's a form of theatre without sets or full costumes. The actors, who read from scripts, may be seated, stand in fixed positions, or incorporate minimal stage movement. They are  invaluable to playwrights "to gauge the effectiveness of the dialogue, pacing, flow and other dramatic elements" in new works. YOUR feedback contributes to the process of bringing new art to life!