Nearly 3/4 million guests have visited Stage West since its inception in 1979. 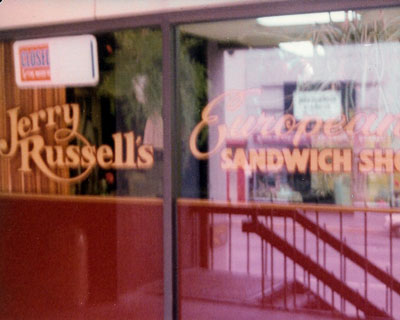 Stage West was founded on October 18, 1979 by Jerry Russell, on Houston Street in downtown Ft. Worth. The first space was a 65-seat storefront theatre next to Russell's European Sandwich Shoppe, and the first production was Edward Albee's The Zoo Story, starring Russell and Joe Berryman. The production's success necessitated the merging of the two spaces into a modest dinner theatre seating around 100. Each of the first four productions doubled the attendance of the previous one. 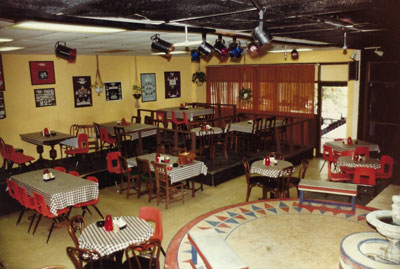 Before the end of the second season, Stage West formed a Board of Directors, was granted non-profit status, and moved to a new 9,000 square foot space at 821 West Vickery. The former warehouse was converted to a 170 seat theatre with a spacious front area used for studio productions and pre-show dining. The theatre would remain at this location for ten more seasons, during which time the subscription base grew to almost 1,100. The theatre also increased the number and size of its contracts with Actors Equity Association, pursuant to its goal of becoming a major professional regional theatre. In addition, the theatre moved into educational outreach, developing a highly successful program for high schools called Off the Page.

While investigating the possibilities of owning its own space, Stage West moved to the theatre at the Caravan of Dreams, just blocks from where it began. After two years the theatre achieved its goal by purchasing the old TCU movie theatre at the corner of University Drive and Berry Street. After major renovation, the theatre celebrated a gala opening on October 19, 1993, almost exactly fourteen years from the opening date of The Zoo Story on Houston St. The theatre space began as a 3-sided thrust, and then was converted to the round.

Following ten exciting and productive years in this space, the theatre sold the building and moved into the Fort Worth Community Arts Center in the Cultural District, producing in the Scott Theatre and the Sanders Theatre, and celebrating its 25th anniversary. But Stage West still wanted a space of its own. After an extensive search, the group discovered that its former space on Vickery was available, and following a four-month renovation, Stage West is open again in the Vickery location. The new theatre seats 144 in a proscenium stage configuration with excellent sight lines. There is a spacious lobby which also serves as a dining room, allowing a return to our highly popular dinner service. Who says you can't go home again?