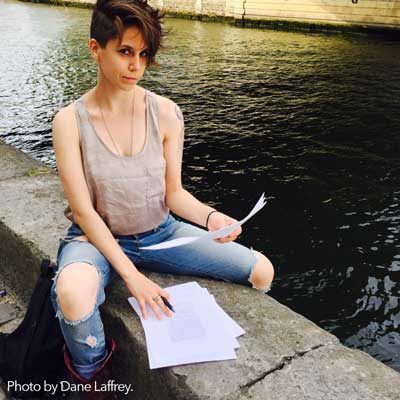 Was The Witch of Edmonton [the source material for Witch] something that has always been of interest to you? How did you come to be inspired by this piece?

Jen Silverman: I had been interested in the source material for a long time, but I only knew it as a written text. It’s thought to have been written by three different playwrights, which is part of why it was so unapologetically messy. Most of the plays I encountered from that time period that dealt with witches were essentially propaganda plays: they instructed people on what to do if they had a witch in their midst. The Witch of Edmonton is the only one I found that boldly announces to the audience that it is going to do this exact thing, and then does entirely the opposite. It says, “This is a play about how evil and awful witches are and how the good folk are being led astray.” But then, in the first scene, you meet a woman who isn’t a witch at all — she only becomes one because she is so reviled. The devil shows up in the form of a dog and even he says, “It’s hard to be you — would you like to be a witch?” The original play is so disarming and subversive that I had always wanted to engage with it without knowing how I would go about doing that. 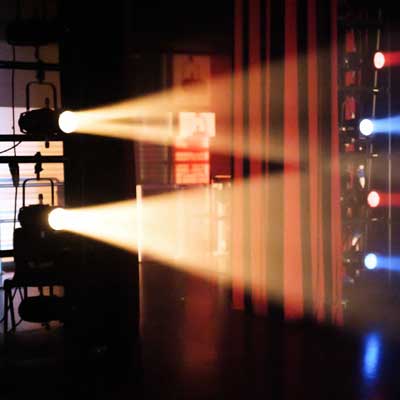 Tonya Wilson-Brown recently got the chance to catch up with a loyal Stage West Premium Season Ticket holder, Silvia Grossi.

Silvia has been a regular at the theatre and is a strong supporter of our new Design Apprenticeship Program.

How long have you been coming to Stage West?

My late wife and I attended in the late 1980s/early 1990’s when first at the Vickery Boulevard location. I returned this year to the Vickery venue having missed the intervening years at other locations. I have fond memories of lots of pot roast and pasta in the cafe and an intimate proscenium theater.

How did you become interested in theatre in general?

Growing up, we were exposed to an excellent theater and program, and I was trained as a technician in secondary school. I am very tall and was enlisted to hammer nails high on sets and flats. I constructed many a flat, and more elaborate props, and then I was in “black” during performances to change sets. That required nerve to move flats and property of great bulk or weight silently; but we did it! Of course, I missed out on actually experiencing the very fine performances of those schoolmates destined to become stars of stage and cinema later in life. Ever since, I just sit in a seat and marvel at the magic.

In my opinion, it is very important for a patron to trust their portfolio of artists and venues with good use of the funds gifted. The SWT company and Board have proven themselves to be good stewards of theatrical arts for these many decades. I am particularly interested in supporting technical theater arts and have done so significantly with the new Design Apprenticeship Program.

What’s your favorite show in recent memory at SWT?

Well the trite answer is whatever I attended most recently, which was Scrooge in Rouge. My guest and I enjoyed the performance greatly. However, I would like to share a remembrance of the distant past and especially a performance of On the Verge, which I think was a regional premier at SWT. My late wife and I often quoted with amusement many of the lines of dialogue and for decades following while we too were traveling though Terra Incognita.

You come to our new monthly event, First Tuesdays. What do you love about it?

The bar. Additionally, my affinity for theater goes beyond being a financial patron or season ticket holder, but also as a former participant. I enjoy any activity that takes me into the venue and to mingle with the company as a familiar and welcoming community. I have also attended the Season Soiree and two rehearsals which allowed me to happily relive my past. I am very glad of the benefit as a Premium Season Ticket holder.

What three words would you use to sell SWT to a friend?

We thank Silvia for her support of the future technical theatre artists of tomorrow. If you know a theatre design student who would like to participate in our Design Apprenticeship Program, learn more here: https://stagewest.org/design-apprenticeship-program 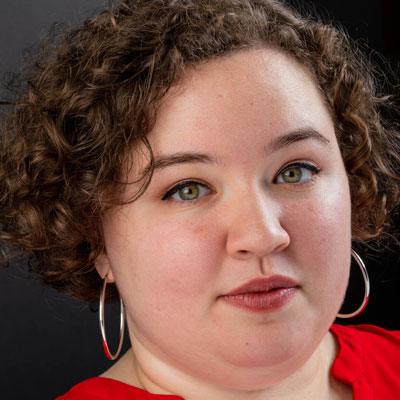 Q: This script is interesting because it is many contradicting things at once - hilarious and heartbreaking, familiar and surprising, personal and global. And because of this, the audience’s expectations are constantly overturned in delightful and profound ways. Church & State was slated to begin rehearsals soon after the onset of the pandemic - and since then events have transpired that make this story resonate differently than it would have before. Why do you think this play is exciting and relevant? And why do you think audiences shouldn’t make assumptions about it?

A: It’s funny that you mention the contradictions, because I feel like a lovely little pandemic paradox has presented itself over the past few years – isolation has both polarized us and brought us closer together. Being alone in our houses has simultaneously encouraged a “me vs. them” mentality, and also sent us desperately searching for community wherever we can find it. What’s wonderful about this play is that the characters refuse to let differences of opinion or belief drive them apart – they might come close, but their love for each other makes them really listen and try to see where the other person is coming from. And while that’s a great story to tell at any time, I feel like it’s even more important now that many of us seem to have forgotten how to have real conversations with each other. The unfortunate reality is that the play is still relevant because gun violence is still a problem, and we still need to find a way to talk about it and come up with solutions.

I think the biggest assumptions I made when I first heard about this play were that it was going to preach at me (I promise it doesn’t), it was going to present me with caricatures instead of real people (I swear I know all of these characters in real life, and they are lovely), and because it was taking on serious subjects it was going to be very solemn and dramatic (it is THE MOST FUN). This play is earnest, heartfelt, and just really freakin’ funny. I hope audiences have as much fun watching it as we have making it.