A chat with Actor Sky Williams on the things to know 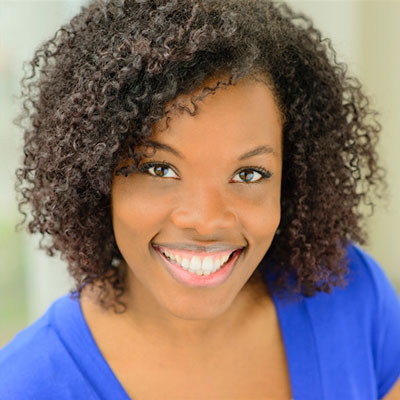 Q: While this show is certainly a play, it is also so much more than that. Audiences of this show will have the distinct pleasure of encountering something very special and wholly unique. And yours will be the first face and voice they encounter as the show begins. What are a few things that you would like for people to know about this show and why do you feel this show is important for everyone to see?

A: Something unique about this piece is that we will often refer to it as a “ritual”. That is precisely what it is created and called to be - an unfiltered and unapologetic offering of Black expression, Black joy, Black pain, Black frustration, Black talent, and Black culture to provide healing to our community. We have been forced to survive in a country whose very framework tries to devalue and disintegrate us and has for centuries - the lives taken from us through police brutality being possibly the most widely known egregious attempts. This ritual gathers Black people into a public space where we can shed the burden of anti-Blackness together. A ceremony in which we may connect as a community to honor the lives stolen from us. The best part about this experience is that it is participatory. Our Black audience cannot separate themselves from the harsh reality of the world we live in so they should not have to be bystanders to an experience of cathartic unburdening of pain and oppression. This is our time to come together and heal. Whether it be through song, dance, spoken word, screaming, crying, rejoicing, laughing, or even just sitting in silence, together we will explore the varied mediums in which our African Diaspora finds restoration. Our community will gather as one, to send up the afflictions that try to hold us down.

Spotify Playlist for WHAT TO SEND UP... 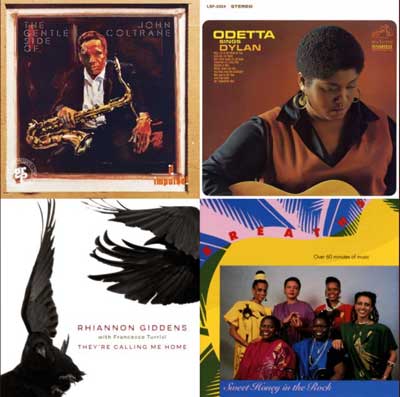 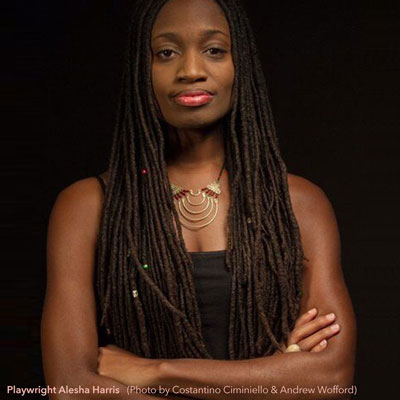 ‘What to Send Up When It Goes Down’: A Black Gaze. A conversation with playwright Aleshea Harris about her play, which seeks to give a theatrical shape to rage and absurdity.

BRANDEN JACOBS-JENKINS: Your other plays exist in a hermetic kind of space of “story,” where Blackness is centered without self-consciousness and language is an important part force—not just in the way that people express themselves but in the way it literally gives shape to the play world. What to Send Up works with similar methods but looks and feels very different. Was this formal departure conscious on your part?
ALESHEA HARRIS: I just wanted to do something that was activated, something an audience couldn’t just passively experience. I knew this piece would have to do with Black people being killed by police officers with impunity. The idea was to hold people accountable, be confrontational, let it be messy, let it be angry, and let it tread as absurdly as the idea that a Black person could be killed on camera unarmed and the person who killed them get away with it. That is an absurd reality. I wanted to mirror that absurdity in the form of the play.

I also wanted to be really clear about rage, because rage and anger are central to a lot of my work. This has to do with the cultural pressure for me not to be angry, or the ways that, since I was a little girl, I received a message that anger wasn’t something that I could hold onto. I’m going off on a tangent. I hope that’s okay.

BJJ: I’m into this tangent.AH: We’re mad and we have a right to be mad, because the gaslighting of anti-Blackness is: “You imagined that.” Or “It’s really about economics, not race.” There are so many ways people duck and dodge the uncomfortable reality that anti-Blackness is ingrained in the fabric of our country . I wanted it to be a no-gaslighting space. Black people feel however they feel and that’s okay in this space, and should be okay in the world. And since I am having a Black woman’s experience as a human on this planet, I know very well that there’s this stereotype, there’s this mythology about Black women being mad. In order to challenge that, there’s pressure from the community for us not to be mad, to be something else, to be a carefree Black girl. I’m not interested in being bound by either of those pressures/expectations. I just want to be my authentic self.

"I'm just trying to get authentically to that,” the actress Stephanie Berry told her director, Whitney White, as they stood in a spacious rehearsal room in the East Village in mid-January. They were working out a bit of business that might or might not end up in “On Sugarland,” Aleshea Harris’s third full-length play, which premières at New York Theatre Workshop on March 3rd. “On Sugarland” was inspired by “Philoctetes,” Sophocles’ play about an expert archer plagued by chronic pain and exiled because of the smell of a wound on his foot. (A snake bit him while he was walking on sacred ground; so much for hubris.) Sophocles’ character may be powerful and gifted, but he is also set apart by the stench of his difference. Eventually, the god Heracles promises to heal Philoctetes’ foot if he returns to Troy to fight in the Trojan War. This is the mythology that jump-starts Harris’s new play, which is itself about mythology: one myth being that, by serving your country, you are protecting your community and yourself; another being that love can vanquish pain."