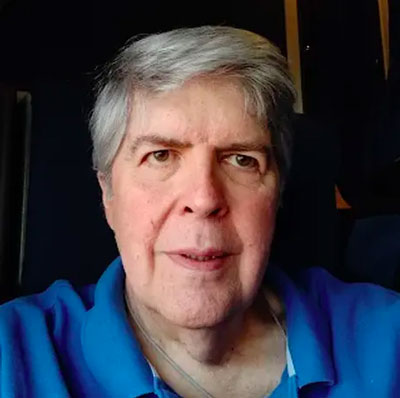 Stage West’s Development Director, Tonya Wilson-Brown, recently got the chance to chat with beloved and long-time Stage West board member Al Celaya. An avid theatre-goer, Al reminisces about many memorable shows throughout the years.

1. How did you hear about Stage West, and how long have you been attending?

I moved to the DFW area at the end of the 1980s, but my job had me on the road for about 48 weeks out of the year at that time. Things later slowed down and a friend took me to see Travels with my Aunt during the 2003-2004 season and I was hooked. I have been a season ticket holder ever since.

2. What is your favorite show you have seen at the theatre and why?

So many to choose from! Watching Jerry Russell and his monologues in The Pillowman and The Seafarer were memorable and powerful. Season’s Greetings (the first show back at the current location). All of the Jeeves plays and Martin McDonagh’s Irish plays. The magic stage in Noises Off. Even the October Playlets, which showed how Stage West was able to overcome pandemic problems and persevere. Every season holds several “favorite” plays of mine and it is hard to just pick one. It’s like trying to pick my favorite all-time Dallas Cowboy. But for some reason, The (curious case of the) Watson Intelligence is one that has really stuck with me.

3. What is your favorite show of this season and why?

Since we have only had one show so far this season, it would be Guards at the Taj. All of it created a believable yet magical place and time. Outstanding! But there is always one play each season which surprises me with the story, the excellence of the cast and the overall quality of the production. I look forward to all of the plays this season.

4. Why do you support Stage West?

Our world has changed so much in the past 20 years. We used to have critics on the staff of our local newspapers who reviewed plays and got the word out on what was available and kept theater in the minds of readers. But then, our world is always changing whether we notice or not. The arts in general have had to compete for the minds and support of the community and their role in nurturing and nourishing our environment. Stage West has recognized these changes and its mission has adapted. It is still a place to see the best theater in the region. The quality of the performances and the production space continues to improve. Stage West also has a strong and growing education program that has touched thousands of students of all ages throughout the area. Between the performances with the FWISD at Bass Hall each year, to the classes held at the theater for kids and adults, the theatre is spreading the magic of the stage to new audiences. I believe in the mission of Stage West and I believe in the staff who make it all happen and I am happy to give of my time and resources to help them keep growing.

5. If you had 3 words to describe Stage West to a new patron, what would they be?

We are so grateful to Al for his support of Stage West and the local arts scene through the years!