A chat with Shyama Nithiananda on playing history 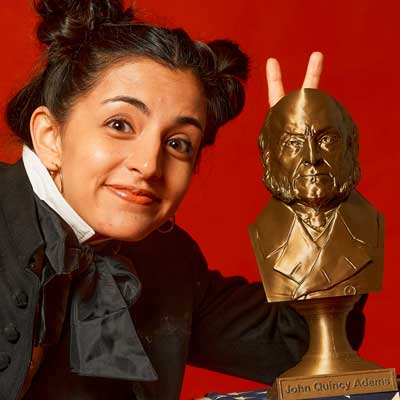 Q: This new script draws on the life of John Quincy Adams in a way that asks us to examine our own relationship with our government, each other, and ourselves. In some ways this play is simultaneously a character study of both the man himself as well as the nation. The conversations in this play are as present now as they were then. As you work on creating this production, what aspects of this show strike you as being timely and modern?

A: I was never a stellar history student – I wasn’t bad, per say, but only insomuch as I was an acceptable student generally. History had an uncanny ability to annoy me to no end as a child – I could never seem to order events properly in my mind, and the yearly realization that I did not in fact learn everything about World War I in sixth grade history and would need to reimagine the event with even more details for seventh grade history was an annual source of frustration for me.

As such, my knowledge of John Quincy Adams prior to starting this project was limited, anecdotal, and fairly irrelevant. He was the ineffective, presidential son of an ineffective president – the embodiment of ruling class privilege in a country new enough to distrust fresh blood and stratified enough to limit potential challengers – a symbol of everything nepotistic, out of touch, and elite about our early leaders without quite managing to push through any policies that would, say, show up on the AP test at the end of the school year. I vaguely remember Dr. Russell’s assurances that the subsequent, horrifying term of Andrew Jackson was, in part at least, a reaction to JQA’s blandness, but cyclical reactionary voter patterns seemed to be about all JQA was good for in my high school history class. On top of that, he seemed to me a rather unintriguing person to study, seeing as even the people of his time found him, well… boring.

So, you can imagine my surprise when, upon hearing about this project, a family friend announced, quite earnestly, “John Quincy is one of my favorite presidents!” … What?! On top of the already foreign notion of having a “favorite president,” I could not fathom why anyone would choose JQA for that title. As it turns out, Uncle Sujit has an affinity for presidential biographies and a keen interest in JQA as an abolitionist.

Of course, I was surprised to find out that JQA was so vehemently against slavery – without advocating equal rights. Perhaps I shouldn’t have been. It’s been pointed out to me before that Abraham Lincoln, even, was not particularly revolutionary in his politics. The (white, male, voting) populace of the time accepted abolition under Lincoln, not because of him. What is so brave about doing something baseline humane – ending the enslavement of human beings – when you know large swaths of the country already agree with you? What I learned about Lincoln in history classes lacked context – the same lack of context that infuriated me about sixth grade history. The reality that men came before him with similar views and laid groundwork for him – men like John Quincy Adams, for example.

There are other interesting tidbits about JQA, of course, that I found during my research, ranging from the international influence of Abigail Adams to Louisa’s chocolate habit. But what sticks out to me the most is that JQA was an abolitionist. It isn’t some massive, unheard of stance. It doesn’t absolve him of his racism. It doesn’t stick out because I even find it difficult to believe. It sticks out to me specifically because I was surprised to learn it. Because I assumed that every founding father, every man of influence at the time was, in some way, a proponent of enslavement. How could he acknowledge the humanitarian abomination of slavery without abolitionism becoming his entire identity? His legacy?

The answer, of course, is that people are complicated, that our ideals are incongruous, that recognizing evil does not equate to a complete understanding in our bodies and souls of its fullness. And yet, with complication, incongruity, and incompletion, JQA as a historical figure began to lay the groundwork for actual meaningful change that would not happen in his lifetime.

Working on this play, with this in mind, and with a full understanding that it is not historically accurate, I have been coming back to this idea a lot. I play JQA in his youngest years. I start to mold a character who I will not play. I lay the groundwork for a politician who is not yet a politician, a husband who is not yet a husband, a father who is not yet a father. And after I take off JQA’s red coat, I get to watch a microcosm of history unfold before me. The character I began gets adopted, changed, grown, and remembered in ways I intended and didn’t intend, just as the country we inherit and will pass along to future generations is and will be a product of history we could not control – and yield results we do not imagine. 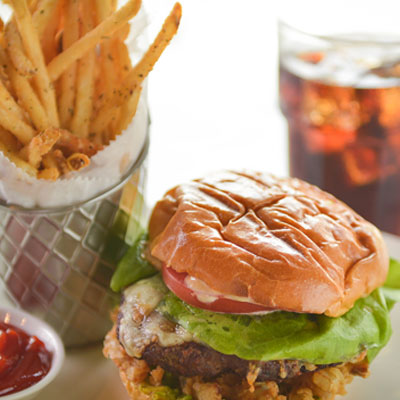 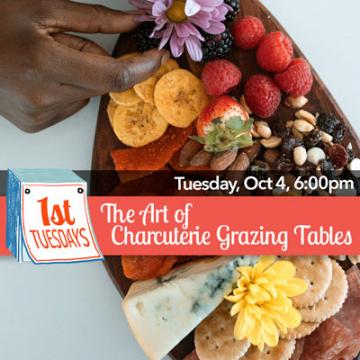