Background information for THE CHILDREN

This dramaturgical information was compiled by our intern Nic McMinn.

The fictional nuclear disaster in the play is copied closely from a real-life disaster in the Fukushima area of Japan. On March 11, 2011, an earthquake struck off the coast of Japan and sent a 45-foot tsunami to the Daiichi nuclear plant. The reactors automatically went offline for safety.

Quick note on nuclear reactors: the nuclear reaction is kept in check a number of ways. One of the most important is a constant flow of cool water around them to keep them from over heating and melting down. Water pumps are needed to send the water around the reactor, and those pumps run on electricity.

When the plant stopped producing electricity because the reactors went offline, the water pumps were fed electricity by diesel generators. These were housed in the basement of the power plant. The tsunami submerged the generators, killing them. Without electricity, the pumps turned off, and the reactors were no longer cooled by water. Consequently, several of the reactors melted down and sent some of their radiation into the surrounding area.

A 20-km exclusion zone was set up at first, but it was expanded to 30-km. This area remains essentially abandoned and uninhabitable. As of 2018, a third of the displaced population remains refugees. This disaster is the only other “Level 7” nuclear incident besides Chernobyl. 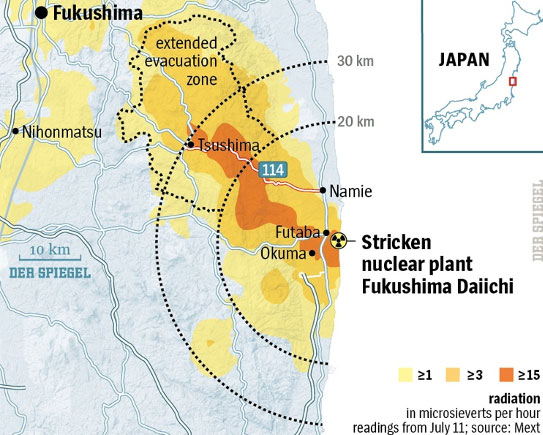 Radiation exposure is measured in millisieverts. Everyone receives a little bit from cosmic radiation and random tiny radioactive atoms in soil. The average amount of annual exposure is 2.4 millisiverts. The exposure levels described on pg. 27 of the script (pg 20 of the pdf) of 100 millisieverts to 250 millisieverts are indeed dangerous. The temporary raised level to 250 that Rose describes mirrors the exposure the Fukushima workers experienced. 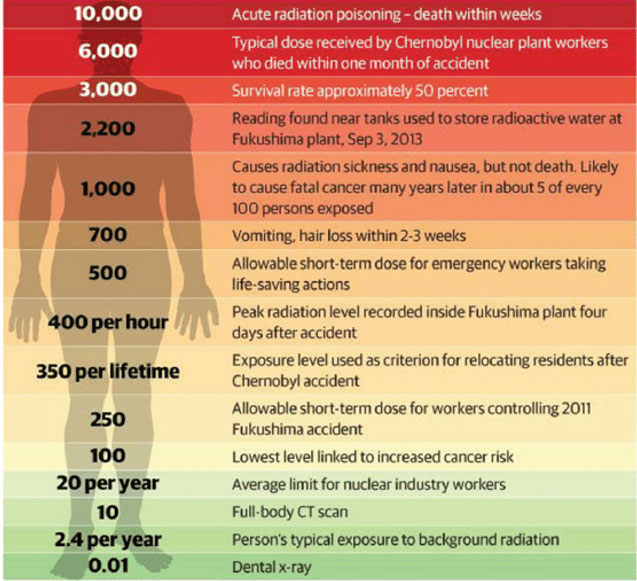 A Town Swallowed by the Sea

The “lost town” swallowed by sea mentioned several times throughout the script is a direct reference to Dunwich. This was a busy seaside town that was eventually lost to the North Sea due to erosion eating away the shore. From 1066-1086, the town lost half of its farmable land. It remained a successful fishing town after that but continually shrank. It is gone today; the last piece of the last church could be seen at low tide in the 1970s. Local legend says that the bells of the churches can be heard at certain tides.
Here is a postcard of All Saints church from 1904. You can see how the land is disappearing into the sea on the left: 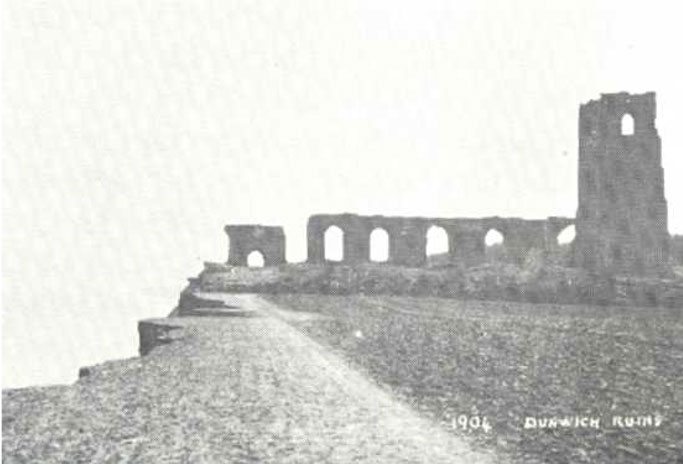